Is wood chipping behind the jump in logging jobs? 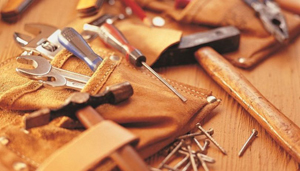 The growth of logging jobs in southern Maine – which has just been documented in a new report – is catching almost everyone by surprise.

Logging jobs in southern Maine jumped by 37 percent between 2005 and 2013, according to Maine Center for Business and Economic Research at the University of Southern Maine. That rate far outstrips the growth rate for manufacturing, health care and other major employment sectors in the region, according to the report prepared for Mobilize Maine.

The author of the study has no idea what’s behind the increase.

“I know logging is crucial to Maine. I expected it in northern Maine and western Maine, but I didn’t expect it to pop out in southern Maine,” said Ryan Wallace, author of “Cluster trends and opportunities n Southern Maine.” Wallace notes that logging is a small sector and the total job growth of 45 new jobs brings the total logging jobs in the region to just 164. Still, he noted. “It’s not just a couple of small firms.. It’s something of a critical mass.” Wallace said the numbers beg further study but at this time he is “careful not to draw conclusions.”

A key player in the local woods economy thinks he has an explanation for the increase in logging jobs.

“What’s going on is there are more chipper crews coming on line,” said Terry Walters, manager of the Pleasant River Pine sawmill in Sanford. “These mechanized operations need a tremendous volume of wood. And all this equipment needs operators and truck drivers. I’ll bet the volume of wood harvested is up.”

Mechanized harvesting – which involves far larger and more equipment than conventional harvesting with a chain saw and a skidder – has a mixed effect on the character of the woods, he said. More low quality trees and tree tops are consumed as chips, which can provide space for higher quality trees to flourish, he said. On the other hand, harvests typically leave the woods barer looking and with wider roads and log landings. “It’s a different kind of harvest,” said Walters. “Usually, it’s a heavier harvest.”

2 responses to “Is wood chipping behind the jump in logging jobs?”